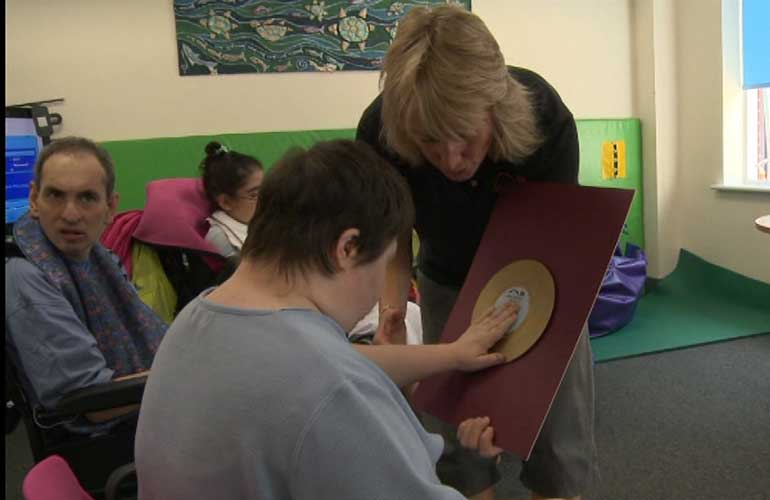 In previous years this project has been supported by several funders including the Big Lottery Fund, The Lloyds TSB Foundation and The Garfield Weston Foundation and although those grants have now come to an end we are pleased to announce that The BAND Trust have agreed to fund the project over the next year, albeit in a smaller form.

Over the past four years we have visited 288 adult day centres or care homes, involving 4,414 participants with learning disabilities and training 806 staff.

A follow-up survey of venues taken at least six months later found that the storytelling was still taking place at 92% of the locations with an average frequency of five sessions per month and an average of 20 participants with learning disabilities per venue per month. This is far in excess of our wildest dreams and we are so pleased that our project has stimulated multi-sensory storytelling so well.

In addition we found that 95% of venues had cascaded their training so that there were now an average of 6.7 people storytelling at each venue, far more than the 2.8 people we trained and thus strengthening the ongoing legacy of the project.