Over the past few years, our work has been recognised with several award nominations: 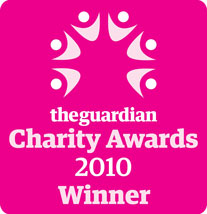